It was just over a week ago, just about this time of the evening that I got a call from my daughter. I didn’t answer it – being in a cinema at the time. Back in the car, the lights, the engine, the fan and the radio all burst into life. What dominated was the radio conveying live coverage from Paris under siege. My daughter was in Paris on a university trip.
I picked up the phone and immediately I did what to the people of the last 4000 years would barely comprehend, I pushed a button, redial, to speak with her almost instantly.
Only I couldn’t. It went straight to voicemail.
Well now, the imagination was racing. I pictured a petrified daughter laying on the floor of a café or hiding in a music venue trying to ring home and getting no answer.

I tried again, and again – just voicemail. All the phone stories of 9/11 made from offices above and below the impact points in the Towers came gushing up. Those treasured voicemails. The calls that got through – pledging eternal devotions to one another. Heart breaking moments that will never fade for those involved. The engine of the imagination will go where it will.

Then another push of the button on the phone, and suddenly there she was. Everything was fine, she and her friends, although near the action, knew little of what was going on even though they were a mere few streets away. They were at their hotel. Their lecturer had insisted that no one go out – even for a smoke at the hotel entrance. Throughout the conversation, there were sirens in the background. Having no internet they knew little of what was really happening.

Over the next couple of hours, I kept her up to date with what we knew from TV, Radio and the Internet. I even told her to make sure they all knew where their passports were, their money and please make yourselves aware of the Hotel fire exits. This thing wasn’t over.

Next morning, the University had decided to cut short their visit, and bring them home immediately. The students had a mixture of relief and disappointment. There was nothing open. The city had become a ghost town on the Saturday anyway. Better to withdraw. Time to go.

The next call I got from daughter was that she was on the ferry in high seas off the coast of England and they couldn’t dock. I was tempted to say “make sure you know where the lifejackets are and the location of the lifeboats”. But I didn’t. Even though I knew she was on a car ferry with bow doors that can open out onto the wide sea. Two inches of water on the car deck, slopping from one side to the other can capsize a ship with the sheer weight of water. And they are in a huge swell that they cannot make harbour.

Is there no end to the worry for a parent?

On the Saturday the world’s media reported the mechanics of the siege and the shoot-outs and endless speculation about who, what, where and why. Knowing that my daughter and her friends were fine, and being a news junkie I lapped it all up with the usual detachment. Yet feeling the chill of the awful events that had unfolded.

Then Sunday, Monday, Tuesday and Wednesday the news and speculation, exhausted with its own over saturation was replaced by the human stories. The private grief made public. These names and faces and stories emerged and broke our hearts. The husband who wrote a letter to the killers of his wife, denying them the satisfaction of hating them. The father on camera assuring his little son that the white flowers and candles would protect them from danger. There were countless reports of those who escaped or foiled the gunmen. So many stories.

But suppose I had continually hit that redial button on my phone and it was never, ever answered again? I can’t even to begin to imagine that pain.

In the way that all politics is local; all history is personal.

Here is a video of Journalist Andrew Neil opening his weekly light hearted BBC magazine programme looking at the past week’s politics. I think he nailed it! 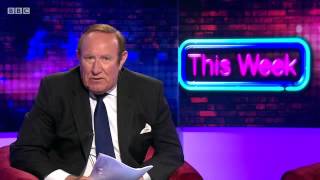 I have a very large sea shell collection; it's too big to keep at home, so I have left the collection scattered on various beaches around the world. Perhaps you've seen some it.
View all posts by Bill Hayes →
This entry was posted in Uncategorized. Bookmark the permalink.

5 Responses to We’ll always have Paris