End of the voyage 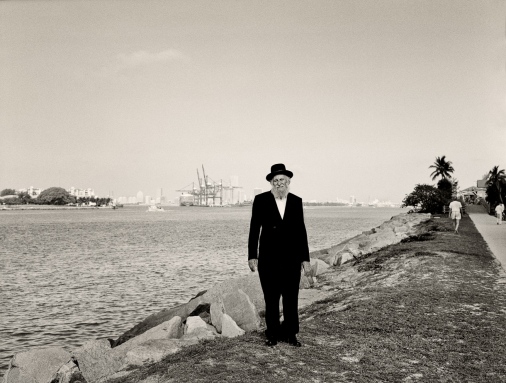 Standing at South Point Park, the southernmost point of Miami South Beach, at the mouth of the Miami River, Polish Jewish immigrate Marvin Joseph is taking his daily walk.  He was one of the lucky ones who escaped Europe for the Americas in 1936.  “I come down here to be peaceful.  I like to watch the Cruise ships as they leave Miami.  The size of them, you wouldn’t believe”

The Miami area is home to the largest population of Jewish escapee’s from or survivors of the Holocaust outside of New York, thought to be around 30,000 people.  Many arrived in the state when rooming-houses still displayed signs in the window “No Dogs and No Jews”.  One pre-war vacation Hotel boasted “Sea views without Jews”

Marvin is a retired Garment worker from the Bronx in New York; where he spent all his working life. “So many of my community in Poland perished in the camps”.  Despite putting an ocean between himself and the European nightmare; one reminder followed him to his retirement spot here in Miami.

The German sailing team had done so badly in the 1936 Olympics, Hitler ordered some new sailing vessels to be built in 1939.  The flagship of this small flotilla was a sailing

skiff called the “Ostwind” and Hitler took a shine to the boat and made it his own.  He had little time to sail in her; but there are pictures of him and Eva Braun on board.  Ever since it was known as “Hitler’s Yacht”.

In 1945 it was requisitioned by the US Navy and brought over the Atlantic.  It was eventually sold to a private boat dealer and over the 20 years the “Ostwind” changed hands several times, usually bringing financial misfortune to the owners.  For several years it languished in a boat yard in Jacksonville, Fla, where it deteriorated.  A US Nazi group wanted to buy and restore the boat as an homage to Hitler.  To prevent this, the boatyard owner gave it to a Miami Jewish group who had other plans for it.

On the 6th June 1989 the Ostwind was towed 3 miles off the coast of Miami Beach and beneath an aircraft hauling a banner “NEVER AGAIN” the “Ostwind” was sunk.

The scuppering marked the 50th anniversary of the disgraceful incident  known as the “Voyage of the Damned.” In 1939, over 900 Jewish refugees set sail aboard the liner St. Louis sailing from Germany to Cuba, only to find that Cuban officials would not admit them.  As the St. Louis then passed off Miami Beach, its passengers pleaded to be allowed

admission to the United States. The Government refused, and the ship had to return to Europe, where more than half its passengers eventually fell victim to the Holocaust.

On a nearby vessel Miami Jews clapped and cried as  they watched the Ostwind slip beneath the surface.’  ‘Please don’t call this revenge,” said Rabbi Barry Konovitch of Miami Beach. ”We prefer to dwell on the positive. The boat will form a reef, a home to marine life”.  He told the NY Times ”I think for some this symbolizes the ultimate destruction of the Third Reich. We’re here still floating on top; now the other is sunk to the bottom.”

As the mighty cruise ships slip out of the Miami River to the Caribbean Marvin Joseph watches; alone with his memories of the evil that brought him to South Point.

From the newly published book “Miami Beach 1988 -1995 by Hoxton Minipress. 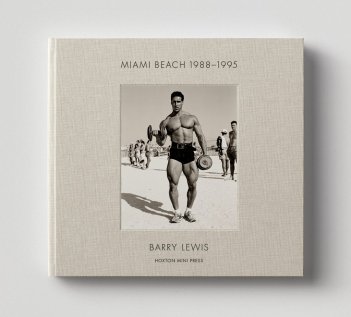 I have a very large sea shell collection; it's too big to keep at home, so I have left the collection scattered on various beaches around the world. Perhaps you've seen some it.
View all posts by Bill Hayes →
This entry was posted in History, Miami Beach, Minai South Beach, ostwind, snowbirds, St Louise, Uncategorized, Voyage of the damned. Bookmark the permalink.

1 Response to End of the voyage