The Moon’s a Balloon

Now I love a good conspiracy theory. We’ve heard them all, from George Washington and his “all seeing eye and Pyramid on the 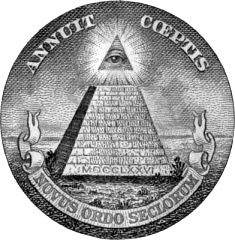 US Dollar – proof he was a member of the secret “Illuminate” sect, Area 51 and flying saucers, the killing of JFK through to the newly resurrected Lady Diana “assassination” by the SAS.

My particular favourite is the Sky trails from commercial aircraft. Those contrails in the upper atmosphere are not ice crystals created by the exhaust from turbojets but a government sponsored chemical spray that is keeping the whole population docile. Go look it up. It’s very entertaining.

Is this where “man flu” comes from?

I like the deranged character in the “Hitchhikers Guide to the Galaxy” who claimed that everything we have been told is untrue – but he was later found to be lying.

The one conspiracy that always rankles with me is did we go to the Moon. Of course we went to the Moon. There are thousands of websites with tedious commentators who pick over every minute detail of the missions to prove it was all done in a TV studio in Burbank.

It was therefore quite refreshing when I came across this little film (see below) which debunks the debunkers. It is a plausible argument delivered in a very amusing way and I thought I would share it with you.

Look out for the Herring!

I have a very large sea shell collection; it's too big to keep at home, so I have left the collection scattered on various beaches around the world. Perhaps you've seen some it.
View all posts by Bill Hayes →
This entry was posted in conspiracy, History, Politics, transport, Uncategorized, War & Peace and tagged aliens, apollo 11, area 51, Buz aldren, conspiracy theory, debunk, did we go to the moon, moon hoax, NASA, Neil Armstrong. Bookmark the permalink.

10 Responses to The Moon’s a Balloon